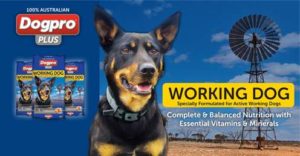 Proudly Sponsored by Dogpro Plus

The Australian Sheep Dog Workers’ Association was established in 1988 to allow sheep dog workers to speak with one voice, enabling better sponsorship and joint insurance, to conduct an Australian Championship and to administer interstate and international teams.

The mission of the ASDWA is to facilitate communications with the State working sheep dog associations, liaise with corporate sponsors, foster newcomers to the sport, organise major trials such as the annual Supreme Australian Championship, and to host and organise the annual Trans Tasman Test series between Australia and New Zealand.

The Australian Sheepdog Workers’ Association was the brainchild of Mr. Ted Gaby from Binalong in New South Wales (formally from Tasmania). Following meetings at the Canberra Nationals in 1985, 1986 and 1987, the ASDWA was formed in 1988.

The Australian Sheepdog Workers’ Association holds three General Meetings per year. The first one is held at the Supreme Australian Championships following the Annual General meeting.

The second and third meetings are held by phone hook-up in February and June, enabling all State Executives to be present.

Minutes of the meetings are distributed to all members and are published in the association’s newsletter.

By becoming a member of one of the six state working sheep dog associations you automatically become a member of the Australian Sheepdog Workers’ Association.

To become a member, contact the secretary of your state. Please mention that you have been directed from this website.

Owners, handlers, breeders and/or lessees in charge of dogs have a responsibility to understand and meet the welfare needs of their dogs.

The purpose of this code is to encourage all those responsible for dogs to adopt the highest standards of husbandry, care and handling.

The Australian Sheep Dog Workers’ Association was formed in 1988. It was the inspiration of Mr Ted Gaby, who, to this day, remains the Patron of the Association. The inaugural office bearers were Gordon Young (President), Heather Woodhouse (Secretary & Treasurer), Nick Webb (Snr Vice President), and Pip Hudson (Jnr Vice President).

Initially, not all of the state working sheep dog associations joined the Australian body, however, in 1991 Queensland joined so that all states were now members. A constitution was drafted and ready for adoption by 1991. The granting of incorporation was finalised on 26 March 1992.

One of the objectives of the Association was to conduct its own annual championship trial. As such, the inaugural Australian Sheep Dog Workers’ Association Supreme Championships were held in Deloraine in Tasmania in 1990. This auspicious event was sponsored by Uncle Bens. There was much discussion over the naming of these Championships. It was not possible to call it the Australian Championship as this name was registered for use by a trial at Mudgee. In 1992 it became known as the Supreme Australian Championship, sponsored by Friskies. Friskies, now Nestle Purina, continued to be the major sponsor of this event, and of the Association, up to the end of 2006. It is very clear that the existence of an Australian body has given sponsors the confidence to provide support for sheep dog trialing in Australia. Since 2007 Coprice has been a major sponsor of several (not all) Australian Supreme Championships.

Since 2013 Dogpro has been the major sponsor for the 2013, 2017, 2018 and 2019 Supremes and will continue to sponsor all mainland Supremes as Tasmania have a previous ongoing agreement with Coprice.

In the early years there was considerable discussion as to whether the Supremes should be held in the same location and at the same time each year, culminating in the decision to rotate the event amongst the states and to endeavour to hold it at a similar time each year. A set of rules and guidelines for the conduct of Supremes was adopted in 1996. These rules have been added to and amended over the years to the point where they are now quite extensive. There has also been discussion re a Supreme course, culminating in the decision in 1998 that the Supreme course will be that of the host state. This decision was changed in 2004 when a Supreme course was adopted.

The Association assumed responsibility for the Trans Tasman competition, previously conducted between Queensland and New Zealand. The first Trans Tasman Test under the banner of the Australian Association was conducted at the first Supreme in Tasmania in 1990. Lew Noble, Henry Homan, Allan Smith and Nick Webb had the honour of being the first Australian Team. This Test resulted in a draw. The years have seen the development of a Trans Tasman Test course and rules, combining both Australian and NZ components, with adoption in 1999. Slight changes have since been made.

The method of selecting the Australian Test side has undergone some refinement, from drawing four names from a hat containing the names of the six state top dogs, to that of choosing the top four dogs after combining the three runs of the Supreme Ted Gaby interstate challenge, three of which are run over the Trans Tasman course. In 1997 the Association decided to supply each member of a test team with an Australian blazer and tie, and in 2005 it was decided to also supply a hat.

Television coverage of sheep dog trials has been an important issue. The Association played a vital role in the organisation of the Bush’s Australian Sheepdog Challenge, filmed at Werribee Park in 1992, the ABC’s “A Dog’s Life” series in 1993, the Channel 9 Wide World of Sports coverage of the Supreme finals at Barmera (1997) and Perth (1998), and the ABC’s World Championship 2001 in Tasmania.

Insurance for the Australian and State Associations has been a theme running throughout the lifetime of the Association. Now, more than ever before, obtaining public liability cover for sheep dog trials is critical to the continuation of the sport. The Association continues to strive towards the goal of an Australia-wide insurance policy, which is now in place with each state contributing to its costs.

Since 1997 an Australia-wide trial date calendar was produced, with the generous support of Friskies. In 2000 a logo was designed, again with the assistance of Friskies, the patent for which was approved and registered in 2001. In 2002 the Association launched a twice-yearly newsletter to all members, and created its own website, which has grown and developed over time.

In 2014 Dogpro became the major sponsor for the ASDWAI suppling pallets of Dogpro to New South Wales, Victoria, and Queensland for all trials run in those states. 2018 South Australia came on board followed by Western Australia in 2019.

Proudly Sponsored by Dogpro Plus