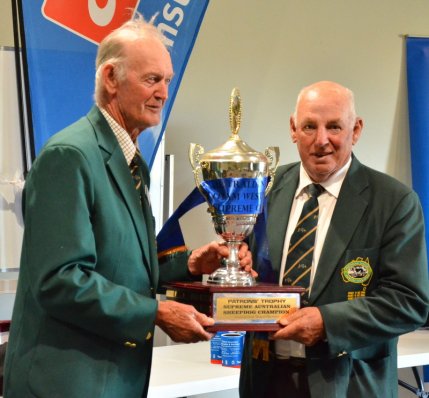 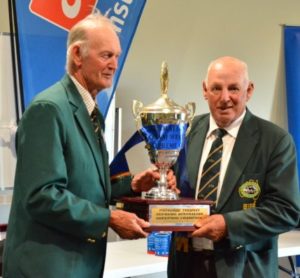 The town of Northam in Western Australia’s eastern wheat belt, was where Australia and New Zealand’s best sheepdogs and handlers met, to compete in three major Sheepdog events. The event was hosted by the Western Australian Working Sheepdog Association, and was organised and run by the Supreme Sub-Committee, chaired by Grant Cook, with assistance from many WAWSDA members.

The Australian supreme is the event everyone strives to win. This year there were 205 dogs entered from all over Australia and New Zealand, and competition was strong. Of these 205, the twenty highest scoring dogs compete again, and in the final round the top ten compete for a chance to claim the title of Australian Supreme Champion. The event was won by Malcolm Taylor from Tasmania with his dog Somerville Nell.

The supreme Championship was started in Tasmania in 1990 and is now rotated around the states. The last time a Supreme was held in WA was in 2011

Also hotly contested was the Ted Gaby interstate challenge, where the two best dogs and handler from each state compete for the shield. Out of these 12 competitors the four top scoring dogs will compete against the New Zealanders the following year for the WayLeggo cup.

Winners of the Ted Gaby this year were NSW closely followed by WA and Tasmania.

In this years WayLeggo Cup, the Kiwis were a force to be reckoned with and they won convincingly.

The trial ran from the 8th to the 16th of October at the Northam Showgrounds. The event was well publicized on Radio and in newspaper as well as online, resulting in very good public attendance.

The weather was changeable, swinging from near gale force winds and rain in the early part of the event, to a couple of chilling frosts, then to 33 degree days in the middle and back to cooler conditions for the last couple of days.

The Merinos were tricky to work, attempting to take off whenever they could and running at the dogs. The Composites where somewhat heavier to handle and needed a bit more pushing to get them around the course.

It was an entertaining and exciting eight days of trialling, which saw some highly talented dogs and handlers take on wayward sheep and win.

Next years supreme will be held in Seymour Victoria. 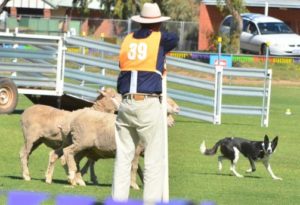 Jim O’Connell working the sheep around the casting peg 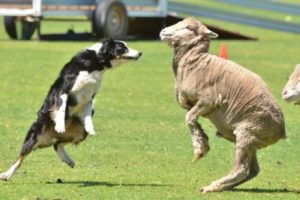 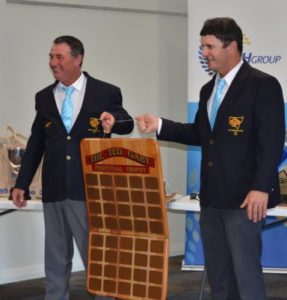